All I wanted for Christmas this year was snow but living on the Irish coast, meant that the salty air was going to squash any chance of that happening. Thankfully my friends and I had something that we prepared earlier – a holiday to Prague!

The weather in Ireland had been glacial the week before and snow warnings were rampant throughout the country. The day before we flew out, snow actually fell in Wicklow which is just 20 minutes inland from where I live! The morning of the flight was a rainy, dreary one and it was a little touch and go as to whether we would be able to fly out or not but thankfully we were on our way on time!

Arriving into Prague mid-afternoon and the sun was already descending below the horizon. Turns out winter in Prague is not only snowy but dark! We made our way to our apartment, which was just a few blocks from Wenceslas Square and dropped our bags before promptly turning around and headed back out again. We had Christmas markets on the mind and we wanted to be there pronto. What we hadn’t realised was that it had begun snowing while we were checking in. REAL LIFE SNOWING!!

I lost the plot. Completely. The tiny, white snowflakes fell onto my face, dampened my scarf and made the ground slippery. It was like being in a lolly shop for the first time. I couldn’t wipe the grin off my face! We skated and slid down the street towards Wenceslas Square where the festive magic kept going. Litte wooden huts decked out with holly, tinsel and lights were lined up in the centre of the square (which is essentially a street) and they were selling yummy Czech treats, handicrafts and my new favourite thing – mulled wine!

Coming from Australia where Christmas is in summer, the weather is hot and the drinks are cold, this mulled wine business was new to me but I was definitely converted! It was sweet, a little spicy and warming for the soul. Even with the snow falling, just one cup of mulled wine warmed me up for the rest of the night.

We wandered down Wenceslas Square, wine and food in hand and got lost in the cobblestone streets, passing the Old Town Square where the Astronomical Clock chimed every quarter hour and the square was filled with more Christmas cheer. We kept walking and somehow end up at Charles Bridge that we crossed and admired the Prague city skyline at night.

The snow had stopped falling but there was a thick layer of fluffy white snow settled onto the street and on top of cars. We came across a little cafe where we made the unanimous decision to go in for a warm drink. I ordered a hot chocolate and was actually handed a cup of melted chocolate. The thick, gooey liquid was like custard and it was probably the best hot chocolate I’ve ever had! 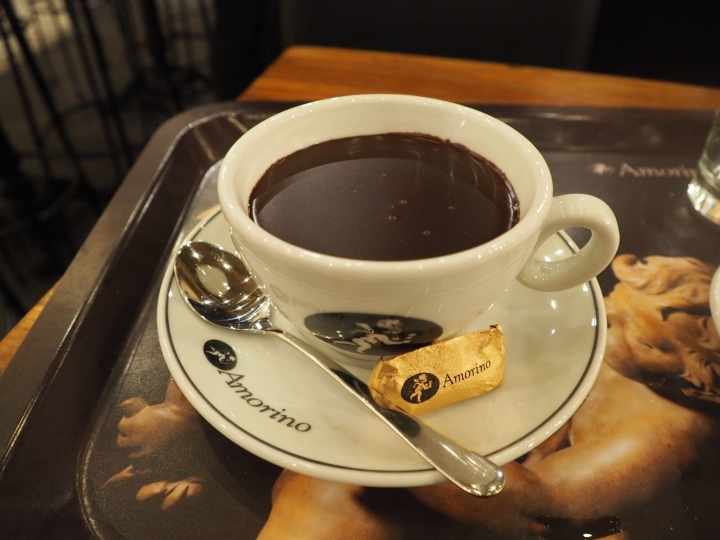 The following days we explored Prague from top to bottom. I think that’s one of the greatest things about Prague, it’s such a walkable city! We explored the area around the John Lennon Wall, wandered through Prague Castle and had more mulled wine at a Christmas market taking place at the castle’s viewpoint. We wandered across Charles Bridge in the daylight and through Kampa Park, where we spotted several of David Černy’s kooky artwork. 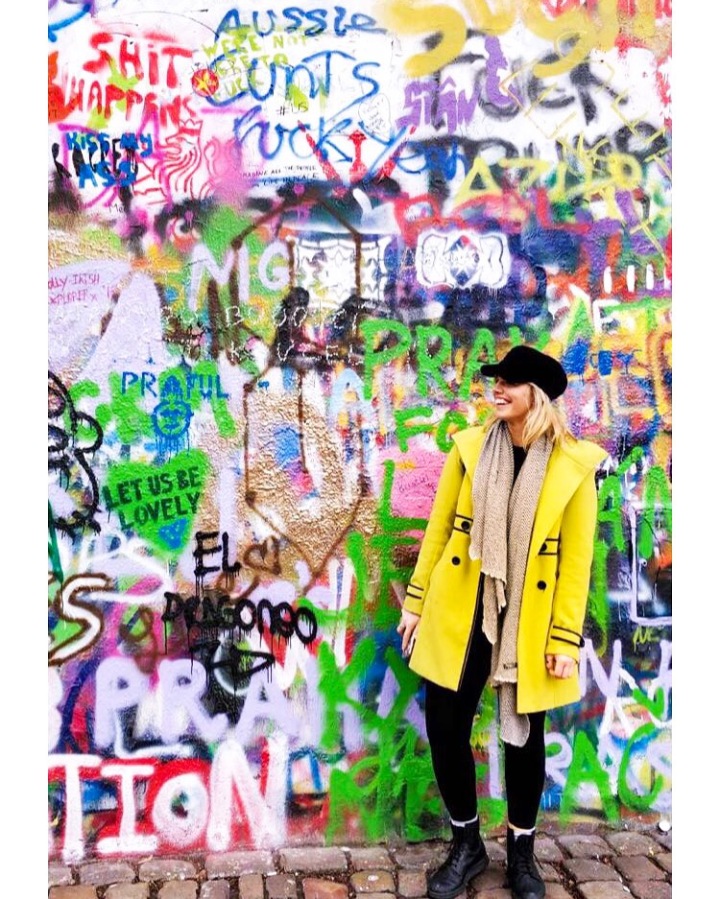 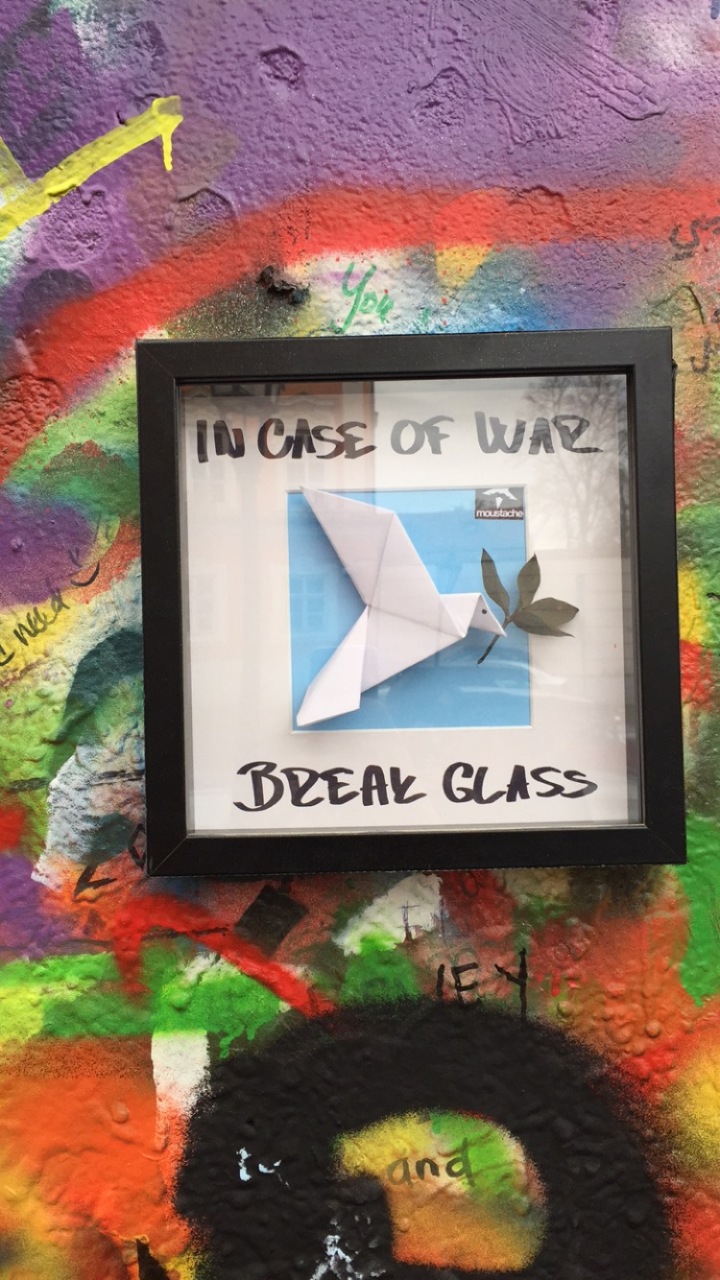 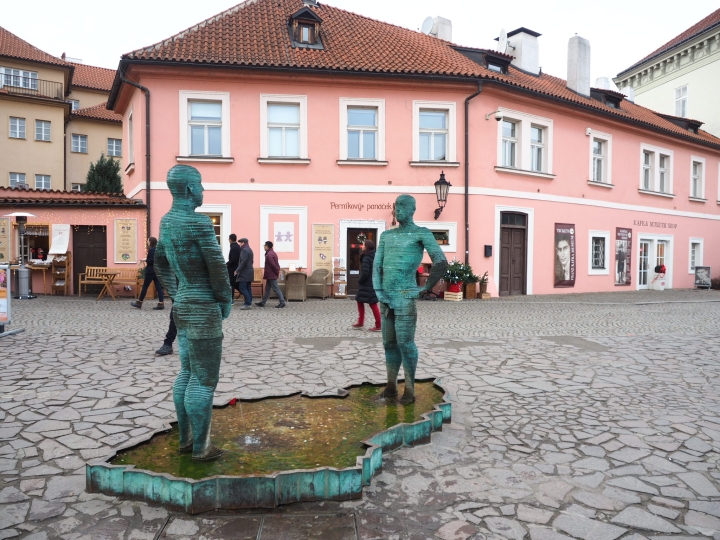 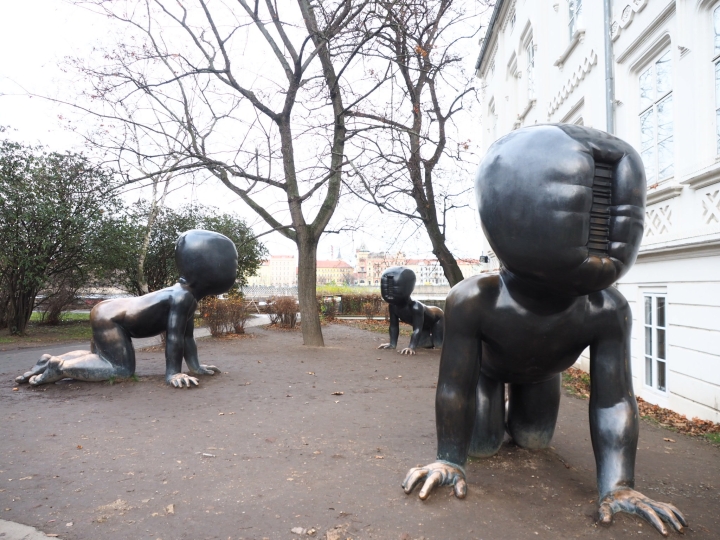 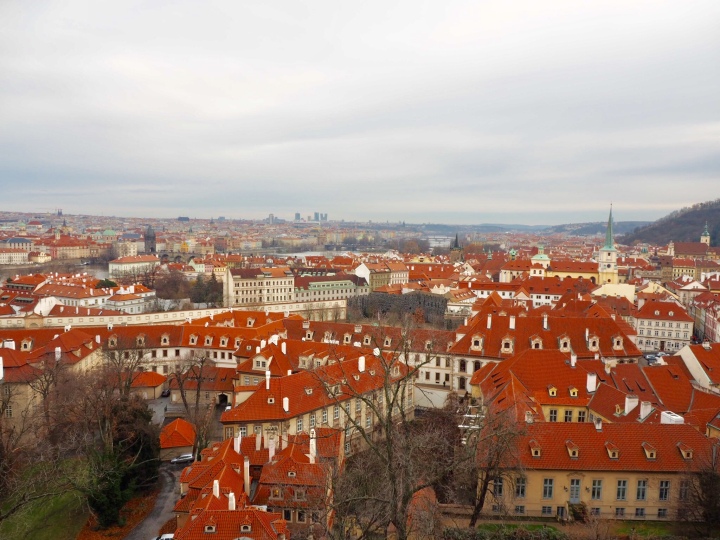 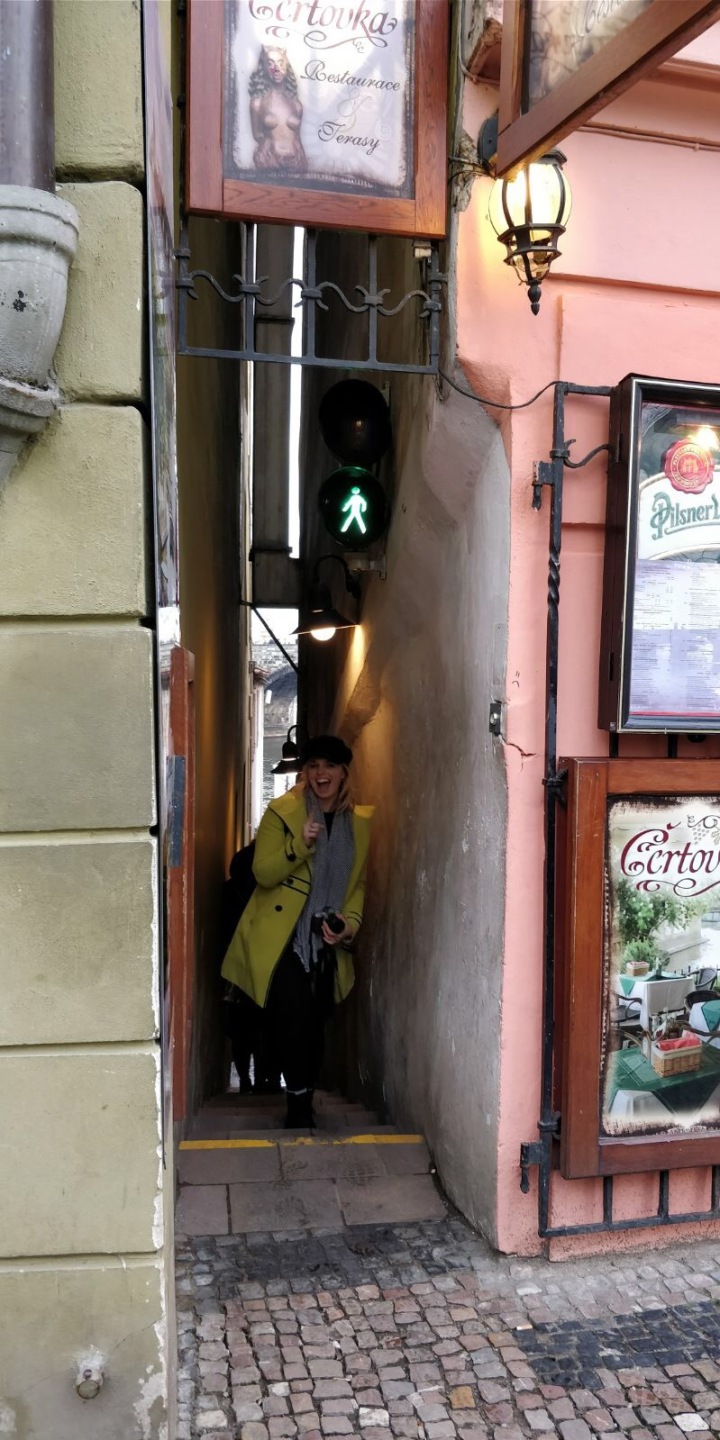 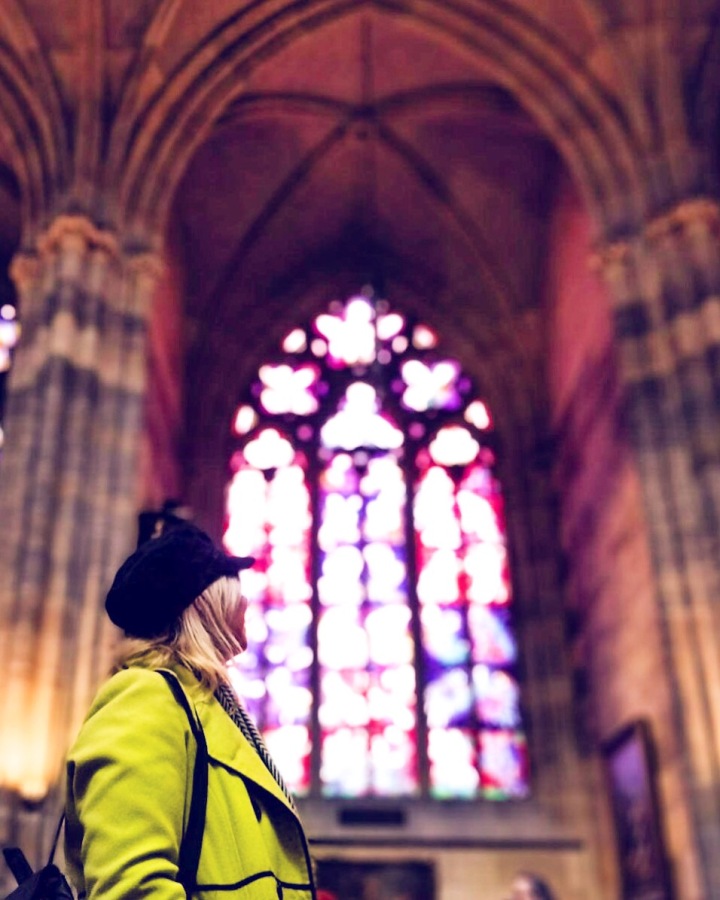 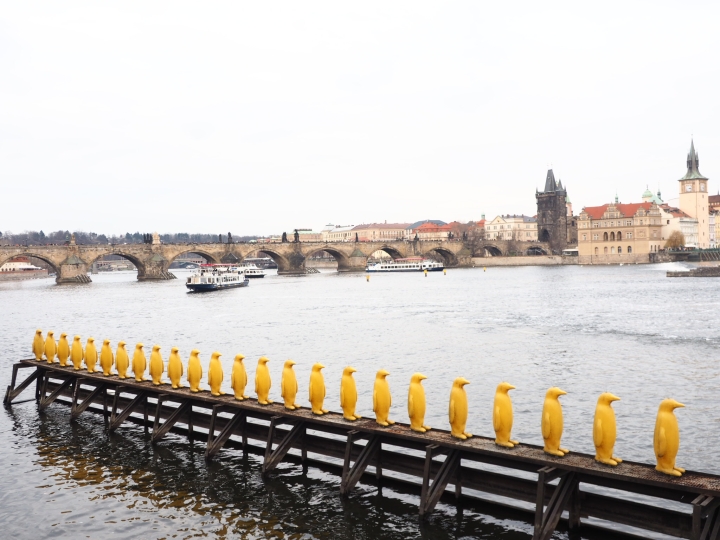 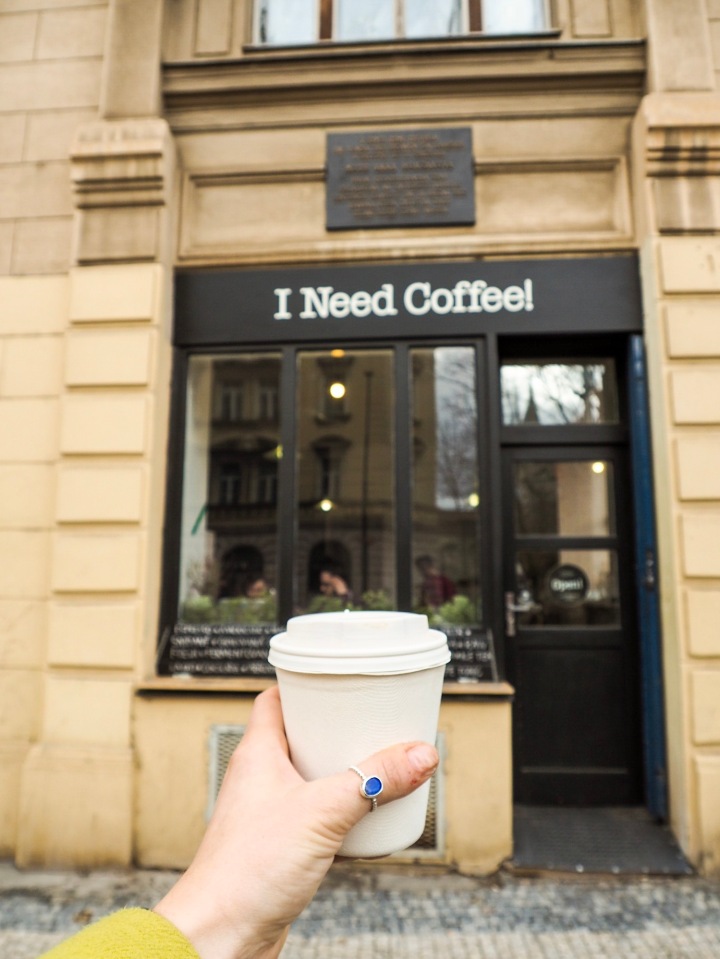 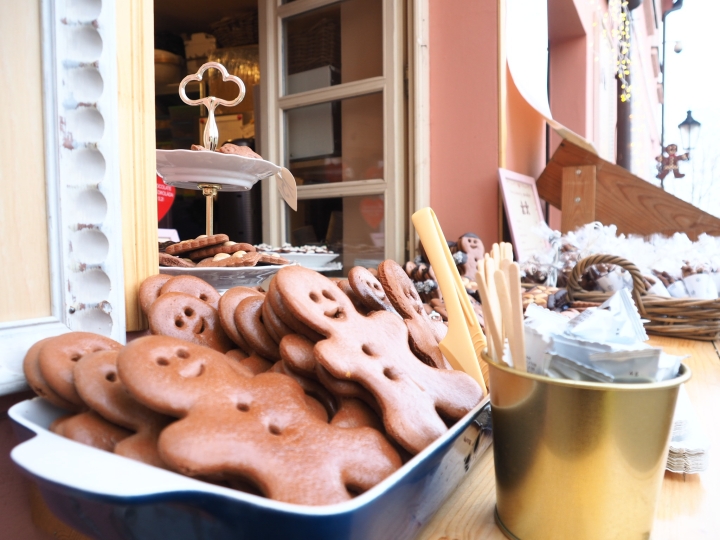 We ambled through the Old Town, feeling like we’d been taken back to medieval times and admired the crumbling old buildings and their charm. We came across the futuristic Dancing House, whose modern design stood out against its neighbouring buildings and had drinks at the top for a sunset view of the city. 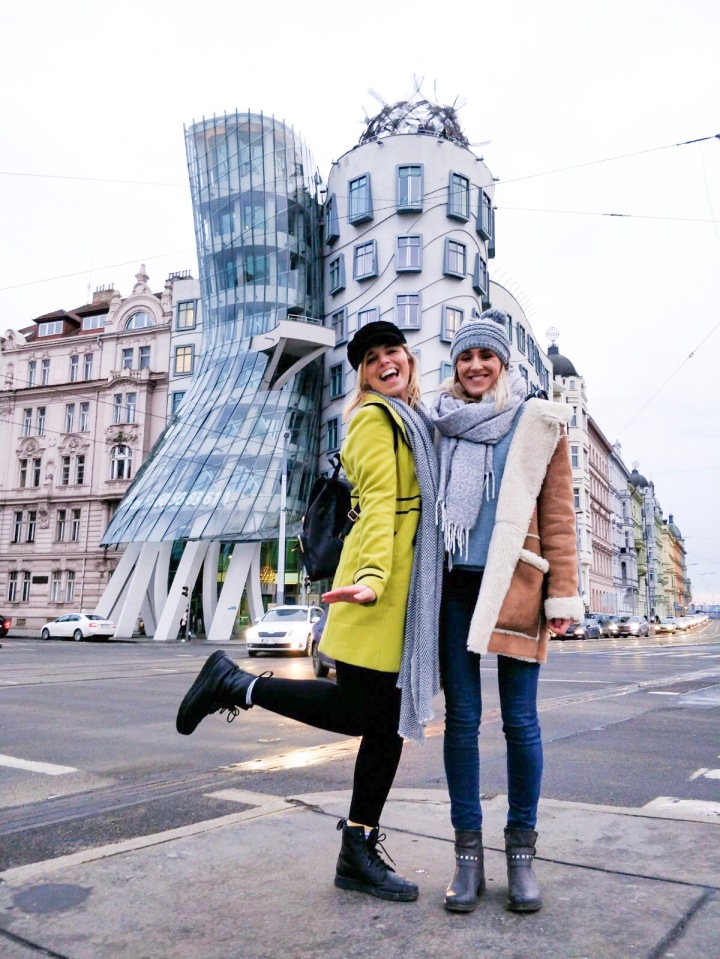 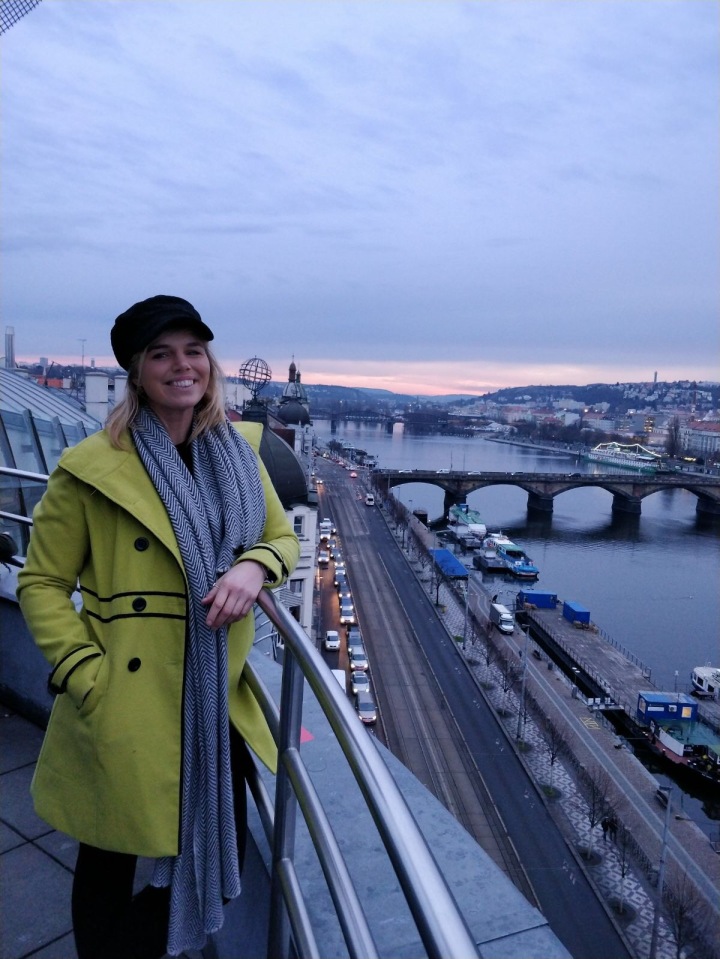 At night we explored the Christmas markets more, bouncing from stall to stall and tasting all the delights possible. I discovered the deliciousness of fried cheese drenched in fresh garlic and scared away any possible vampires in the area! We had drinks at several incredible bars, such as the Alchemist Bar, The Shrinks Office and Crazy Daisy where I rediscovered my love of cocktails! 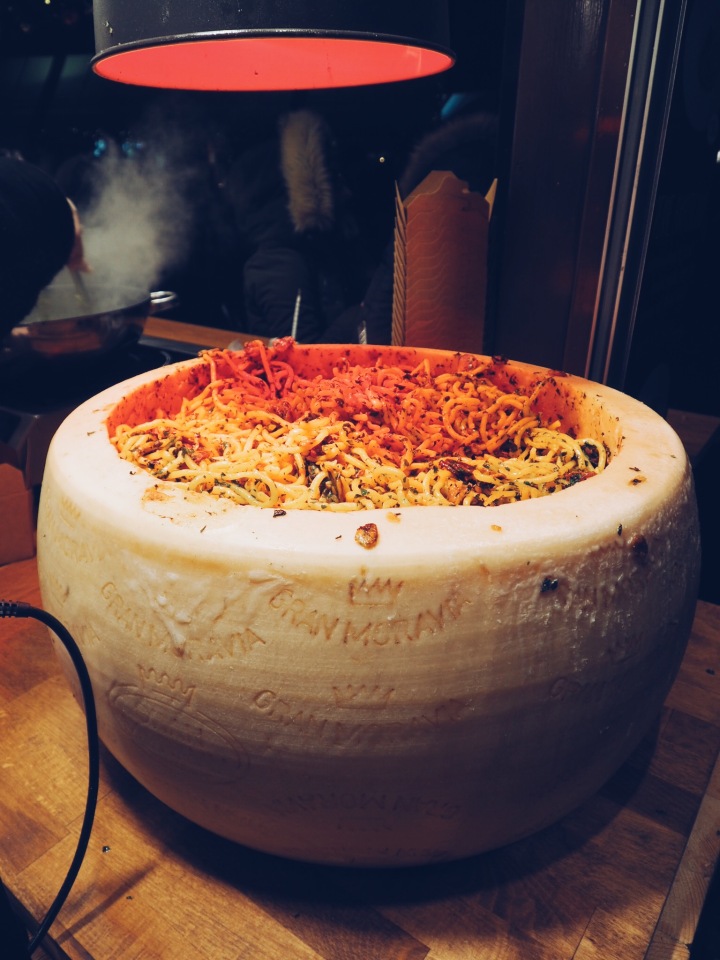 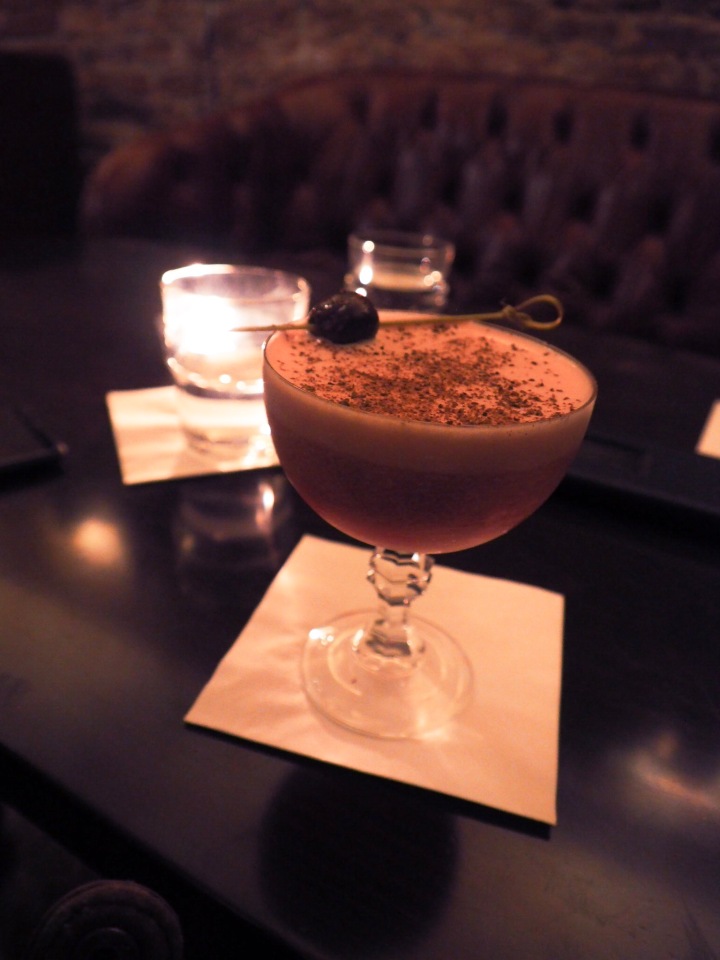 The entire trip was exactly how I wanted it to be. From the snowy start to the magical Christmas vibe, Prague delivered on my White Christmas wish and I couldn’t have asked for a better time!

2 thoughts on “White Christmas in Prague”