Like clockwork, we woke to the sound of pounding rain. I know it’s the rainy season and all here in Cusco but couldn’t the Gods hold out for a few days! We had breakfast at the same place as dinner and chowed down on banana pancakes and coffee. After a quick talk about the day’s activities, we loaded our bags into the van and off we went. Today we would start with zip-lining and then hiking for the afternoon to Aguascalientes – Machu Picchu is getting so close!

The drive to the drop-off point was only about 15 minutes and then we had to hike uphill with our entire luggage for about 20 minutes. It was still raining as we crossed a rickety, wooden suspension bridge and hiked further uphill until we were met by another van to take us to zip-lining. It felt like they had just dropped us off for the sake of it because of all the chopping and changing with the vans, but the breaks out of the rain were a nice touch. We reached the zip-lining place within half an hour or so and by then the rain had disappeared and the blue sky had decided to come and play – thank god!

We were harnessed up and shown how the proper techniques for zip-lining before hiking up a small hill to the first starting point. I was a little nervous; this was the longest zip-line in Peru and went right across a massive canyon. I’d zip-lined once before in New Zealand, but that went for about 30 seconds whereas this one was much longer and higher up – I was prayed that the cables were strong! The first few people went and I watched in nervous anticipation as they screamed their way across the canyon. Finally it was my turn and the guide hooked me up to the wire and sent me on my way. Squealing like a small child, I braved opening my eyes and was amazed by the view. No longer afraid, I soaked up the gorgeous scenery as I whizzed by it. Before I could comprehend my nerves, the wire finished and I was at the other end. Eager to do more, I lined up for the next one with the others ready to go again. There were five different wires in total and on each one we could do different things. One had the option of going upside down, which I was too chicken to do but the last one was could lay flat on our stomach like Superman and whiz though the canyon face first. I was having so much fun that we were finished before I knew it. 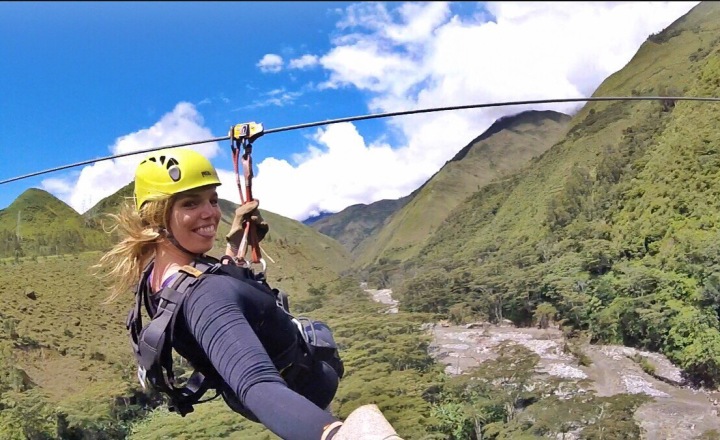 Once everyone had unharnessed and calmed down from their adrenaline rush, we were loaded back into the bus and drove for about 45 minutes until we reached our next destination close to the base of Machu Picchu. The scenery was starting to get totally crazy as the mountains got bigger and bigger. Coming from flat country, I was in constant awe at the size of these mountains – how it is possible is beyond me!

We lunched at a café and again had another 3-course meal. I was loving all the food despite the loads of carbs, but I figured I’ll be walking it all off so it was fine. After lunch we had to hike uphill for half an hour before we set off on our three-hour hike along the railway. It was a pleasant jaunt; the cool air made lugging a backpack much easier and the sound of the rapid river beside us was calming. I walked in silence with my two housemates for most of the way, only talking to comment on the different changes in scenery. Above us stood the backside of Machu Picchu and it was surreal to think we were so close! 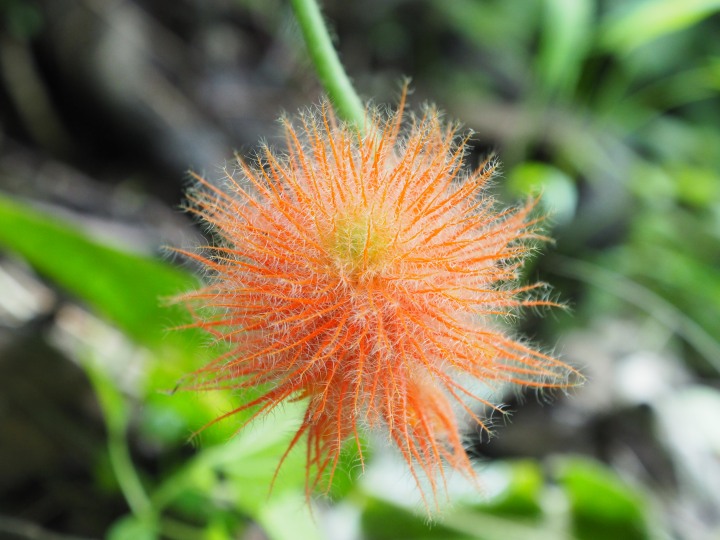 By the time we reached the start of Aguascalientes I was definitely sick of hiking. Twenty more minutes uphill and we were right in the centre of this sweet little town. Aguascalientes had a really cool vibe about it and even though I was so tired I still wanted to explore. After a quick shower I met up with some other people and we wandered through the busy streets. It was such a sweet town built around the fast flowing river, the buildings were old and rickety but had a charm about them that I couldn’t get over. We stopped in one of the restaurants for some pre-dinner guacamole, which cost an arm and a leg but tasted so good it was worth it. The townsfolk sure knew how to take advantage of the masses of tourists coming to town; everything was twice the price of Cusco!

Once we finished the guacamole and played a game or two of Jenga, we wandered through the market and picked up snacks for tomorrow before meeting everyone for dinner. Dinner was another three-course meal except this time I had trout and it was delicioso! After dinner it was an early bedtime because we had to be up at the god-awful hour of 4am for our hike up to Machu Picchu – but I was too excited to sleep!